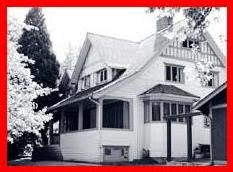 The Anderson Home is located at 6450 Deer Lake Avenue, in Burnaby B.C.

It’s just one of many historic homes located in and around the Deer Lake area. The house was built in 1912, and the Anderson family lived there until just after World War I.

The home was eventually bought by the Benedictine Monks in 1939 and used as a seminary, until around 1971 when the city of Burnaby purchased the home. In 1992 it was designated it as a heritage site.

Now most people would look at, read about this property and say it’s interesting. But what’s not told often is the creepy side of this home. Some of the events proclaimed to have happened include: hearing the sound of music and the more disturbing footsteps on the stairs.

If you are ever in the area of Deer Lake, take a closer look at the homes—you may see more then you expect. To find more out about this house and much more, visit the site of writer, Robert C. Belyk or read his books. Well worth the time.