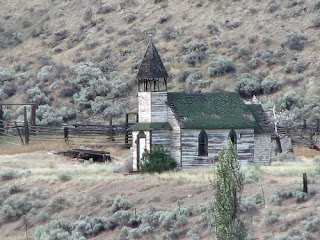 Most ghost stories that have been passed down or whispered about, seem to happen and end with a degree of fright, but mostly wonder. Most that is, however, causes a person to believe that there is terrifying things that choose to show them selves every once in a while.

The story of John and Janice Bradley is one of these stories. It happened somewhere between Spence’s Bridge and Cache Creek along Hwy 1 in BC. This instance happened quite late at night along Hwy 1, and was something nightmares are made of.

Running into a figure walking along a road is not uncommon. But to run into someone in the middle of the night along a lonely stretch of road when no one else around is another. It is said that what the couple stopped to help a woman. But on closer inspection, they described this being as inhuman with a slit for a mouth and eyes of complete black that held no life within them.

So I must say that if you ever find yourself driving along Hwy 1 late at night and you are in the same area, be careful. If you see a lone woman walking were no one should be, think carefully before you decide to stop and offer help. You may find a terror that you may never forget.

Thanks to Robert C. Belyk for this information. Please check out the full story of this tale in his book, Ghosts II. More True Stories from British Columbia. 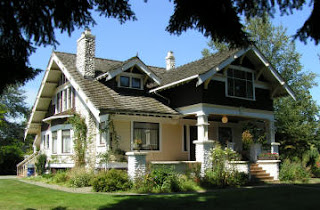 This beautiful heritage home built in the 1920’s is located in the Mill Lake area of Abbotsford, British Columbia, Canada. The home is very well known not only for its craftsmanship: sophisticated wooden detailing and its wonderfully detailed interior. It's also for the family, which built this structure and lived within it.

Mr. Joseph Ogle Trethewey, the proprietor of the Abbotsford Lumber Company & Mill, which was a major employer in the area and instrumental in the early development of the Abbotsford area built the home in 1920. Mr. Trethewey only lived in the home until his death in 1928.

The home was announced as a heritage site in 1983 and through the hard work of countless people, it was restored to it's original grandeur. The home is still used today to show the public the history of Abbotsford and the surrounding area.

Now while the home is beautiful to look at and walk through, it does have a bit of a spooky side to it as well. The staff and some visitors will tell those who ask that they are sure the home is quite haunted.

It has been told that a woman died in one of the guest bedrooms a long time ago, and is believed to still be hanging around. It is said that there have been pictures taken that shows what appears to be an apparition, lights turning on in the upper level of the house when no one is there and doors opening all by them self.

People who have toured the home, have been heard to say at times that they have felt as though someone else was in a room with them, when they know there wasn't anyone else around. The staff has said they believe it is a ghost, but for them it seems to be a friendly one.

Take a trip sometime and check this home out. Who knows, maybe you might feel something watching you while you look around.

Thanks to the MSA Museum & the Abbotsford times for this information.